An attempt to create a spiced ale rather than something with fruity hops. The beer both tasted bad and ended up as bottle bombs. I ended up using fractional concentration to create 3 bottles of ~10% beer.

Ended up just plain awful. Had one mouthful and threw the rest out 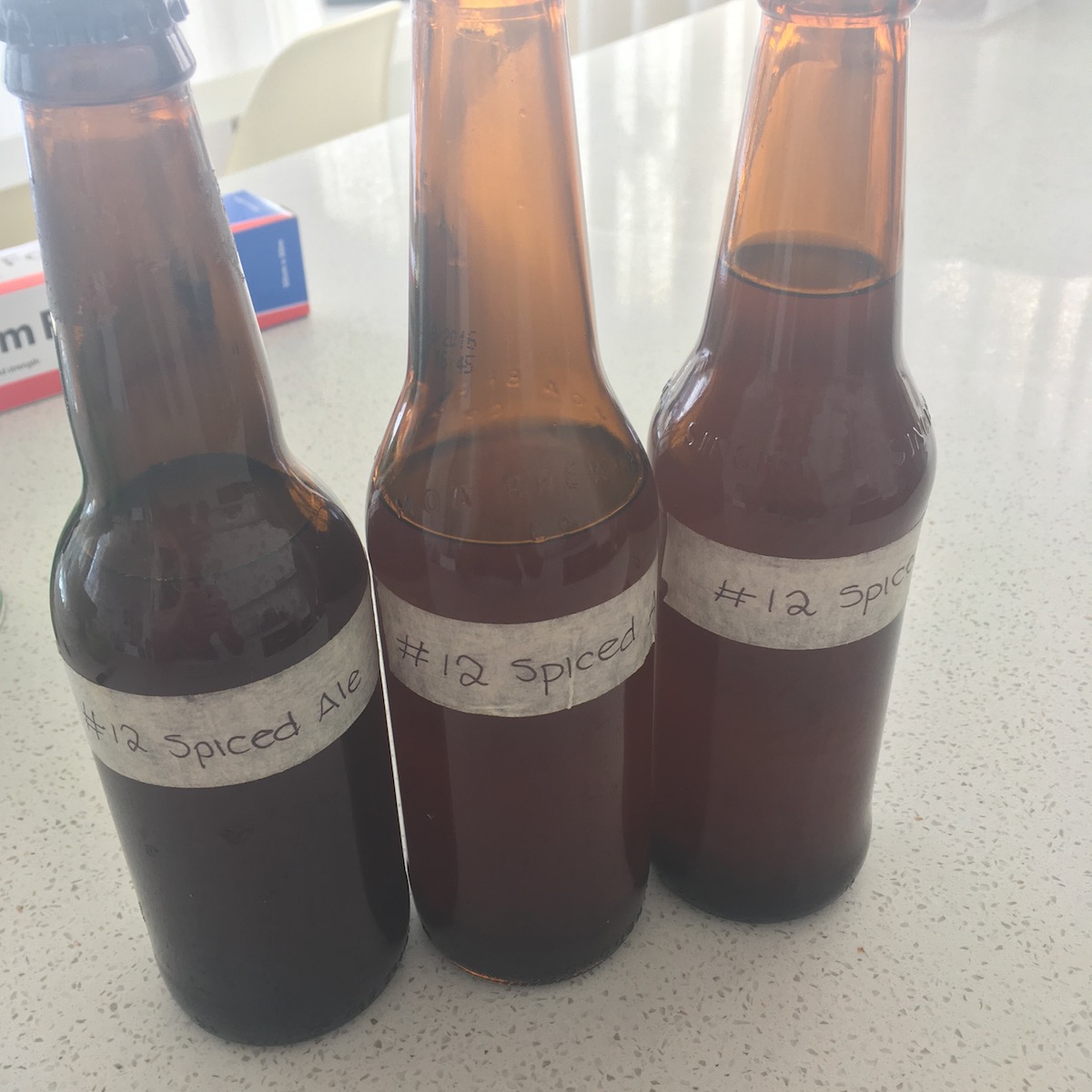